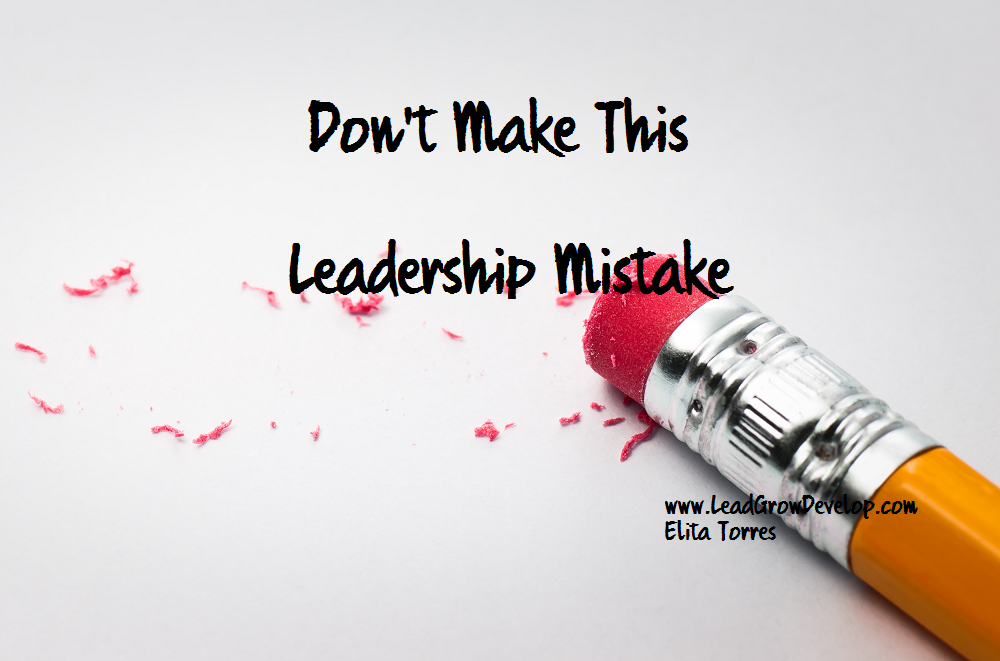 Throughout my career, I have met several different types of leaders with different leadership styles.  There is not “ONE” perfect style.  In fact, great leaders learn to adapt their style based on the needs of their teams.  There are however certain predictors for the long-term success of your team.  One of the greatest determining factors in determining if the team’s success is sustainable is whether or not you can avoid a common leadership mistake.  Which mistake am I talking about?

Some managers lead in a way that will ensure they will always be needed.  Whether intentional or unintentional, their leadership style and behaviors create an environment where the leader’s directives are always needed.  The team relies on the leader to guide them and set the path.

I had one manager in my district that was extremely directive.  She had problems letting go of control.  On her days off, she would leave a list of things that needed to get accomplished during the day.  Most of the things on this list were things that her team should have already known.  When she transferred stores, a new manager came onboard.  The team was so used to being told what to do that they had problems adapting to someone who involved them in the decision-making.  When leaders choose not to delegate, they are making a huge leadership mistake.

[tweetthis]“The effective leader develops their team to a point where they are no longer needed.”[/tweetthis]

I conducted an interview a few months back for a Store Manager position of one of my Flagship stores.  In the interview, the candidate boasted how busy she was since it was evaluation time.  She had over 100 employees and was conducting every single evaluation herself.  When I asked about her assistant managers and why they did not conduct the evaluations of their own team members, she told me that she preferred doing it herself.  Each of her assistants were responsible for an average of 25 people and some had well over 5 years’ experience.   What she perceived as good leadership, I perceived as the opposite.  If she didn’t trust her team to conduct the evaluations of their own teams, either they weren’t the right managers or she had a problem of letting go of control.  In either case, it reflected poorly on her leadership.

Don’t make the leadership mistake of not delegating and developing your team to a point where the team cannot run without you.  The measure of your leadership is not whether or not you get results when you are there, it is on what happens when you are not.

“No person will make a great business who wants to do it all himself or get all the credit.” – Andrew Carnagie

Get your team to a higher performance level by:

“The inability to delegate is one of the biggest problems I see with managers at all levels.” – Eli Broad

If you find yourself thinking that your team is not capable or strong enough to take on the responsibilities you can delegate, ask yourself these two questions:

“Have I provided them with all the tools and support necessary to be able to take on this task?”

“What does it say about my leadership if I feel like I cannot delegate?”

Most of the time, the issue of not being able to delegate comes down to the need for more coaching, or that you don’t have the right person.  In either case, it is a decision that needs to be made.  Don’t avoid the Power that Delegation can accomplish.

What can you delegate today?