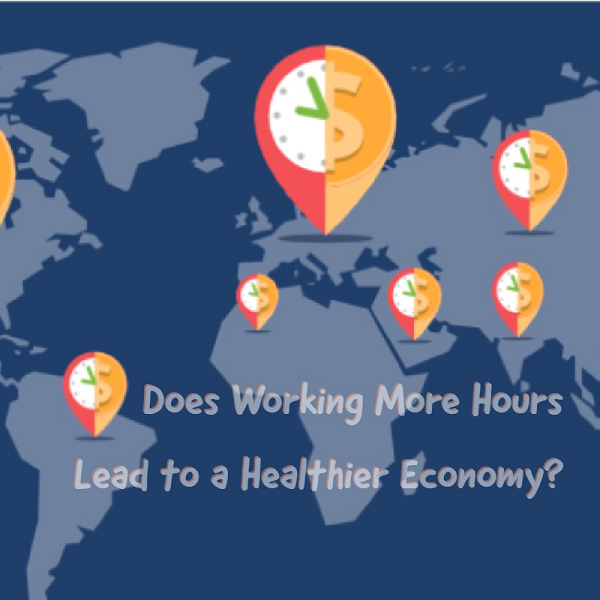 When companies need to become more profitable, one of the common responses is to cut hours.  This invariably leads to employees having to work more hours and take on more responsibility.  The desired result is to increase profitability by relying on employees’ increased productivity.

More and more, we hear the term, “Grind” in reference to the importance of pushing yourself to the limit.  Then, pushing yourself some more.  While this may seem like it makes sense, what is not taken into account is how increasing one’s work hours impacts productivity.

There is no direct correlation to the number of hours worked to how productive an employee becomes.

If fact, studies show that after a certain number of hours, productivity decreases.

The Organisation for Economic Co-operation and Development (OECD) researched the relationship between the numbers of hours an employee works and the company’s profitability around the globe.

The mission of the Organisation for Economic Co-operation and Development (OECD) is to promote policies that will improve the economic and social well-being of people around the world.

Here are some of their Key Takeaways:

The following Infographic details more key takeaways and date on the relationship between hours worked and profitability around the globe.

When it comes to work productivity, it is not as simple as increasing input. Next time you are thinking about cutting labor and increasing employee hours, think of this Infographic and look for different ways to increase profitability.

Often, investment in your people through training, incentive programs and mentorship will have a much greater impact on employee engagement and return.