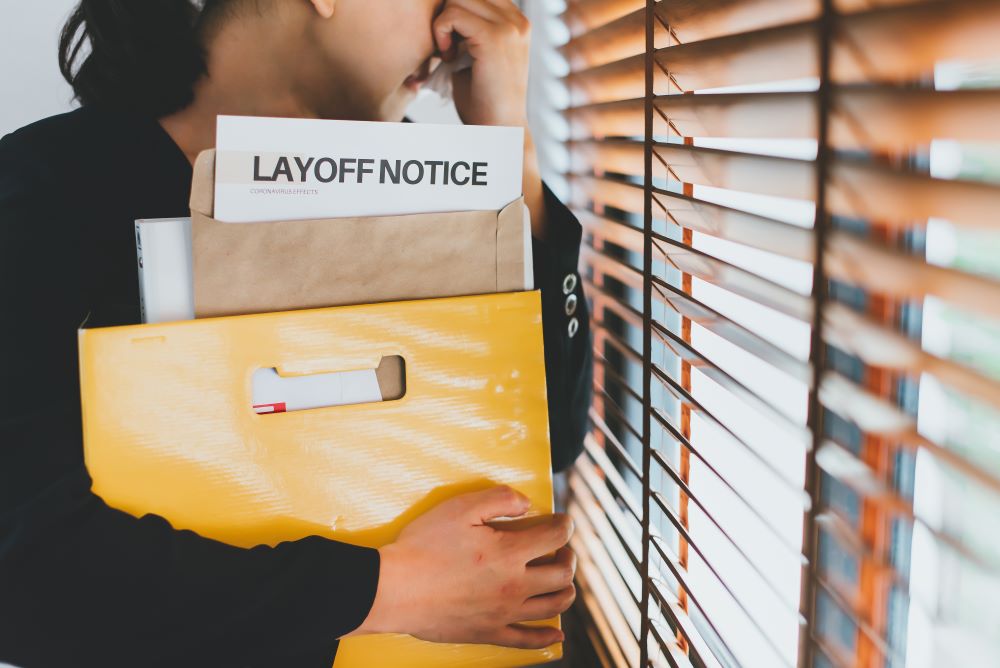 Whether it comes as a surprise or you expect it to come soon, being laid off from work can be an emotional ordeal. Unless you’re used to changing your job from time to time, the entire idea of a layoff can still be a traumatic experience. Besides, who would have thought you’d come to your office in the morning excited to work only to be informed you’re no longer employed with the company? Unless you’re an expert in employment laws, you might wonder what layoff is all about and how it can affect your employment in the long run.

If you’ve been laid off from work for the first time, read this post to understand layoffs and their legal implications.

What Is A Layoff?

According to California Employment Counsel, a layoff refers to a situation wherein the employer decides to temporarily or permanently terminate a worker for causes not attributable to the employee’s fault. Unlike outright firing, it’s not an employment termination based on a worker’s breach of duty, inefficiency, or malfeasance. Instead, it’s a termination as a result of some economic factors.

Typically, some common layoff scenarios can include a worker who was terminated due to a slowdown or cessation of production and a worker whose job was no longer available because the employer relocated its business operations.

On the other hand, employees laid off from their jobs may be eligible to receive some benefits. These can include:

What Are The Legal Implications Of Laying Off An Employee?

Generally, laying off a worker can be legal based on the concept of at-will employment. It refers to a type of employment wherein the employer can validly terminate a worker for whatever reason except on some illegal grounds. It means an employer can also modify the terms and conditions of an employment relationship without getting liable for doing so.

However, if you’ve been laid off based on illegal grounds, you may be eligible to file a legal action against your employer. You can work with a lawyer from reliable law firms to protect your rights and interests as an employee.

Some of the layoff’s legal implications can include the following:

If you believe you’re chosen to be laid off instead of your peers based on certain factors, then you may have a cause of action to file a discrimination claim against your employer. For example, if you belong to a protected class based on your age, origin, race, religion, sex, or account of your disability, and you can show you’re laid off due to any of it, you may have a solid case to pursue in the court of law.

By filing a claim, you can recover compensation from your employer for laying you off based on some discriminatory grounds.

Apart from discrimination claims, an employer’s decision to lay off a worker may also result in a wrongful termination lawsuit. It usually happens when the termination is due to illegal grounds. Some common unlawful reasons for layoff can include:

Being laid off is never easy. But it doesn’t have to be complicated when it’s within the bounds of the law. However, if you’ve been laid off from work based on some illegal grounds, there are some implications to be wary of.

By keeping the information mentioned above in mind, you’ll better understand the concept of layoff and its legal consequences.