Home » How Deep Are Your Roots?  The Importance Of Building Habits 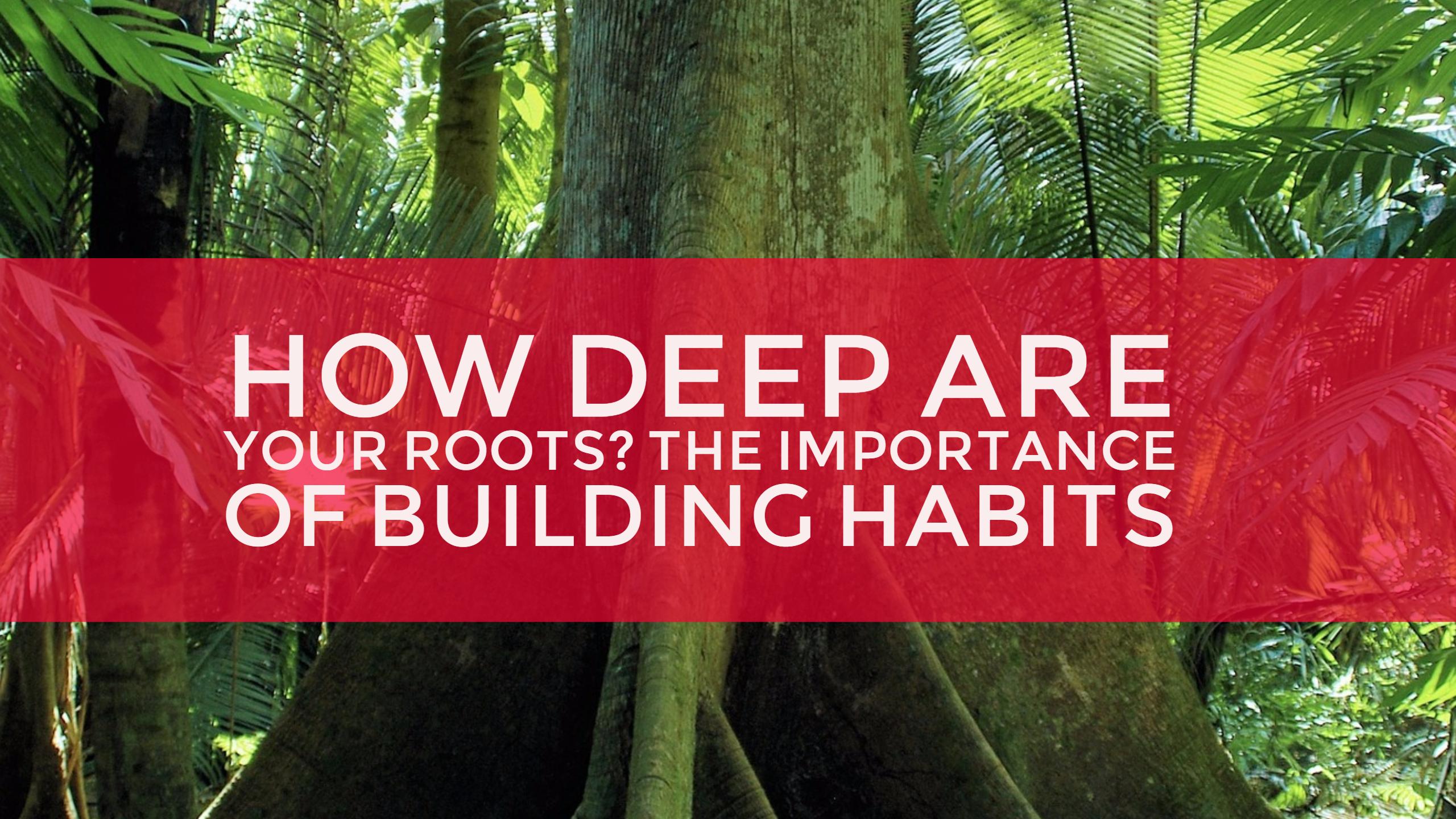 Have you struggled lately with a goal?  How has your productivity been?  We are only as strong as our root system.  The strength of our good habits will determine how successful we are in achieving what we want to accomplish.  I have learned this lesson the hard way several times before.  I still have more to learn.  This is why it’s important to focus not just on building habits, but on the right habits.

The other day, I was listening to a friend share his story of narrowly missing a tornado.  He was at a light, driving home from work.  As he was waiting for the light to turn green, he noticed up ahead, a tornado coming his way.  Not able to go anywhere since his car was between two others, the only thing he could do was hope that the tornado would miss his car.  Luckily, it did.

The next day, Environment Canada confirmed that two tornadoes, one which was classed as a moderate F-4, touched down in his area.  This tornado caused millions of dollars in damage.  The two twisters with winds of up to 150 km/h smashed windows, ripped trees from their roots and destroyed rooftops in several communities.  On his way to work the next day, my friend witnessed the destruction that this tornado caused.

What he noticed, was that although there were several trees uprooted, there were also many that stayed intact.  Trees that had deep roots were able to hold on despite the force working hard to tear them apart.

It got me to think about my roots and the habits that I have instilled.  Those habits and systems that have deep roots have helped me through my most heavy laden work load.  My roots and values have also helped me decide my next direction when conflicting priorities are placed before me.

[tweetthis]“Your net worth to the world is usually determined by what remains after your bad habits are subtracted from your good ones.” – Benjamin Franklin[/tweetthis]

There are habits that you currently have that are hurting your chances of success and there are other habits that are helping you.  When you look at the habits of successful entrepreneurs, you tend to find common themes.

I want to encourage you to take five minutes this week to reflect on our habits. First, think about your roots. Do any of them feel shaky? Which ones are you holding you upright?  Are there any new habits you should be forming to replace bad habits?

Next, think about the roots of your organization or company. What would it take for your roots to be in total alignment with your work and life?

“We are what we repeatedly do.  Excellence, then, is not an act, but a habit”. – Aristotle