Home » The Magic Of Good Habits and Bad Habits

My Husband and I took my children to Disneyworld and Universal Florida in the Summer of 2013, 3 years ago at the time of this writing.  They were 8 and 4 years old.  Recently, we were discussing the new addition to Universal Studios, “The Wizarding World of Harry Potter”, and how we had missed the opportunity to see it since it had yet to be built.

My sons were reminiscing about all the cool rides they were able to go on and those that they were too small to ride.  They could vividly remember the rides that they wanted to go on but didn’t meet the height requirements.

My oldest son Nathan talked about that one ride that he wanted to go on so badly, but was two inches too small.   Curious, he asked if he would still be too small to ride it today.  He remembered that it required you to be 51 inches tall and that his height at that time was 49 inches.

I grabbed a measuring tape and measured both of my boys.  Since we don’t keep track of heights on a wall, Nathan was very surprised at how much he had grown. He now measured 56 inches, a whole 7 inches taller.  We then realized that Wyatt was now the height Nathan was at the time of our trip and he too had grown about 6 inches.

I went to our family vacation wall and showed them a picture of us standing together.  Wyatt noticed how on the picture he reached my elbow, but now almost reached my shoulder.  The look on his face was almost like his growth was magic.

I must admit, I was pretty surprised as well.  Based on the clothes I kept having to buy because they outgrew them, I knew they had obviously grown.  But when comparing their height to a particular point in time such as our trip, it was pretty amazing.

[tweetthis]“You don’t realize all the growth or change that is happening in the moment but when you compare your personal growth to a point in history, it can amaze.” – Elita Torres[/tweetthis]

My son Nathan is one of the shortest of his friends.  It sometimes makes him feel “small”.  I try to encourage him that he still has many years in which he will continue to grow. I know it can sometimes discourage him.  When he saw how much he had grown, it put a smile on his face.  He realized that while he cannot see his growth happening, he now knew that his body was working on it every day.

We all have Habits, some were intentionally and some unintentionally formed.  We are not always conscious of the process in which habits are formed.   Our routines form our habits and by repeating the same routines, eventually they will become engrained in our minds.

We sometimes let ourselves perform actions that we know are not in our best interests, thinking, “Ah, it is only one time.  One cheesecake or one cigarette won’t hurt.”  What we are not realizing is that we are slowly building a routine.   Then, much like my sons who grew all those inches by what seemed like magic, our routines turn into habits.

The good thing about habits, is that we can choose which ones we keep and which ones we change.   Once you understand that fact, you have the freedom and the responsibility to remold them.  By understanding that habits can be rebuilt, the power of habit becomes easier to grasp.

Is there a Habit you want to create? 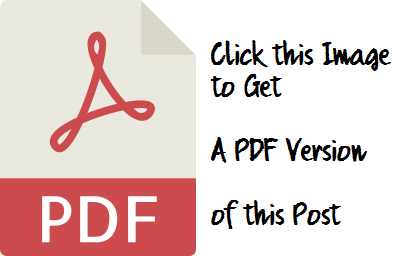