Home » Get Inspired By One Of These 56 Success Quotes Today 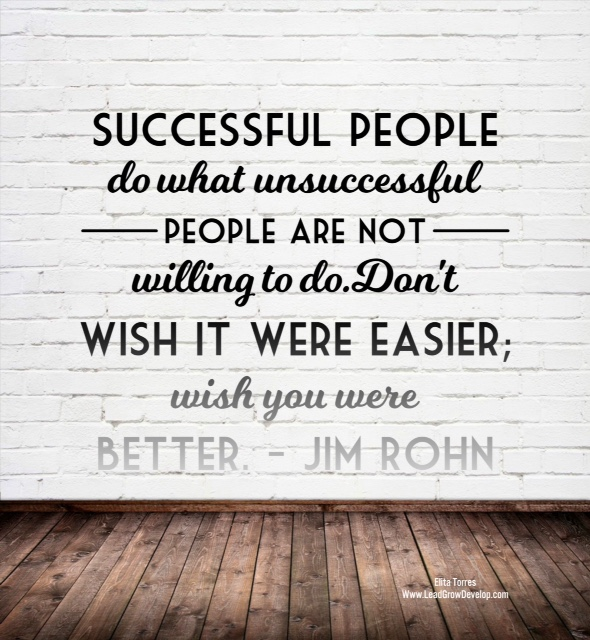 Success is one of those words that have many definitions.  What success means for one person is different from what success means for someone else.  I wrote a blog post about how I personally defined success, “How you measure success”.  Here are 56 success quotes that are meant to inspire you to take action in finding your own definition of it.

1. “If you want to achieve excellence, you can get there today. As of this second, quit doing less-than-excellent work.” – Thomas J. Watson

2.  [tweetthis]”Success usually comes to those who are too busy to be looking for it.” – Henry David Thoreau[/tweetthis]

3. “Entrepreneurs average 3.8 failures before final success. What sets the successful ones apart is their amazing persistence”  – Lisa M. Amos

4.  “Whenever you see a successful person, you only see the public glories, never the private sacrifices to reach them.” – Vaibhav Shah

6.  “If you set your goals ridiculously high and it’s a failure, you will fail above everyone else’s success.” – James Cameron

7.  [tweetthis]”If you are not willing to risk the usual, you will have to settle for the ordinary.” – Jim Rohn[/tweetthis]

8.  “Twenty years from now you will be more disappointed by the things that you didn’t do than by the ones you did do. So throw off the bowlines. Sail away from the safe harbor. Catch the trade winds in your sails. Explore. Dream. Discover.” – Mark Twain

9.  “You may have to fight a battle more than once to win it.” – Margaret Thatcher

10.  “Our greatest fear should not be of failure … but of succeeding at things in life that don’t really matter.” – Francis Chan

11.  “Success? I don’t know what that word means. I’m happy. But success, that goes back to what in somebody’s eyes success means. For me, success is inner peace. That’s a good day for me.”  – Denzel Washington

12.  “If you genuinely want something, don’t wait for it–teach yourself to be impatient.”  – Gurbaksh Chahal

13.  “Rarely have I seen a situation where doing less than the other guy is a good strategy.” – Jimmy Spithill

18.  “Take up one idea. Make that one idea your life–think of it, dream of it, live on that idea. Let the brain, muscles, nerves, every part of your body, be full of that idea, and just leave every other idea alone. This is the way to success.” – Swami Vivekananda

19.  “We become what we think about most of the time, and that’s the strangest secret.” – Earl Nightingale 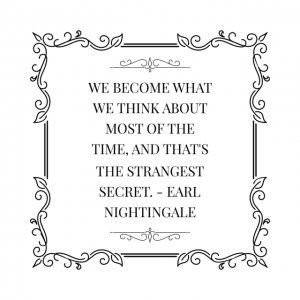 21.  “It is not the strongest of the species that survive, nor the most intelligent, but the one most responsive to change.” – Charles Darwin 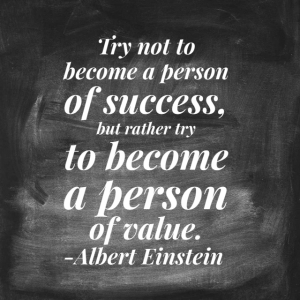 23.  “All our dreams can come true if we have the courage to pursue them.” – Walt Disney

24.  “Success is the sum of small efforts, repeated day-in and day-out.” – Robert Collier

25.  “The successful warrior is the average man, with laser-like focus.” –  Bruce Lee

26.  “Whenever you find yourself on the side of the majority, it is time to pause and reflect.” – Mark Twain

27.  “Always bear in mind that your own resolution to success is more important than any other one thing.” – Abraham Lincoln

28.  “You may only succeed if you desire succeeding; you may only fail if you do not mind failing.” – Philippos

29.  “Happiness is a butterfly, which when pursued, is always beyond your grasp, but which, if you will sit down quietly, may alight upon you.” – Nathaniel Hawthorne

30.  “The first step toward success is taken when you refuse to be a captive of the environment in which you first find yourself.” – Mark Caine

31.  “Keep on going, and the chances are that you will stumble on something, perhaps when you are least expecting it. I never heard of anyone ever stumbling on something sitting down.” – Charles F. Kettering

33. [tweetthis] “Don’t be afraid to give up the good to go for the great.” – John D. Rockefeller[/tweetthis]

34.  “Success is just a war of attrition. Sure, there’s an element of talent you should probably possess. But if you just stick around long enough, eventually something is going to happen.” – Dax Shepard

35.  “No one can make you feel inferior without your consent.” – Eleanor Roosevelt

37.  “It is not the strongest of the species that survive, nor the most intelligent, but the one most responsive to change.” – Charles Darwin

38.  “The starting point of all achievement is desire.” – Napoleon Hill 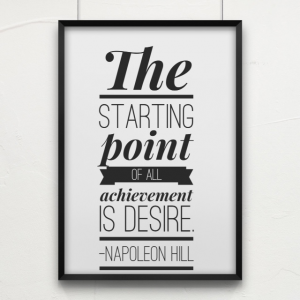 40.  “You can’t connect the dots looking forward; you can only connect them looking backward. So you have to trust that the dots will somehow connect in your future. You have to trust in something–your gut, destiny, life, karma, whatever. This approach has never let me down, and it has made all the difference in my life.” – Steve Jobs

41.  “The whole secret of a successful life is to find out what is one’s destiny to do, and then do it.” – Henry Ford

42.  [tweetthis]”Motivation is what gets you started. Habit is what keeps you going.” – Jim Ryun[/tweetthis]

44.  “In my experience, there is only one motivation, and that is desire. No reasons or principle contain it or stand against it.” – Jane Smiley

45.  “Nobody ever wrote down a plan to be broke, fat, lazy, or stupid. Those things are what happen when you don’t have a plan.” – Larry Winget

46.  “Would you like me to give you a formula for success? It’s quite simple, really: Double your rate of failure. You are thinking of failure as the enemy of success. But it isn’t at all. You can be discouraged by failure or you can learn from it, so go ahead and make mistakes. Make all you can. Because remember that’s where you will find success.” – Thomas J. Watson

47.  “Logic will get you from A to B. Imagination will take you everywhere.” – Albert Einstein

48.  “Success is walking from failure to failure with no loss of enthusiasm.” – Winston Churchill 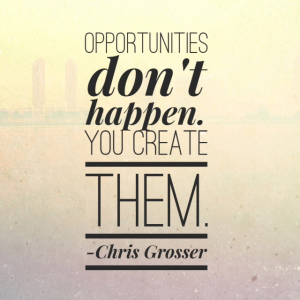 51.  “A successful man is one who can lay a firm foundation with the bricks others have thrown at him.” – David Brinkley

52.  “Courage is resistance to fear, mastery of fear–not absence of fear.” – Mark Twain

53.  “To be successful you must accept all challenges that come your way. You can’t just accept the ones you like.” – Mike Gafka

54.  “Successful and unsuccessful people do not vary greatly in their abilities. They vary in their desires to reach their potential.” – John Maxwell

55.  “The only place where success comes before work is in the dictionary.” – Vidal Sassoon

56.  “What seems to us as bitter trials are often blessings in disguise.” – Oscar Wilde

Which one is your favorite success quotes?

Click the Image Below to Download a PDF version of the 56 Success Quotes.  Print it or keep it on your mobile device to continued inspiration. 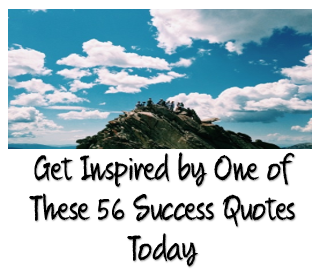