Home » How Personal Success Is Similar To Mini-Putt 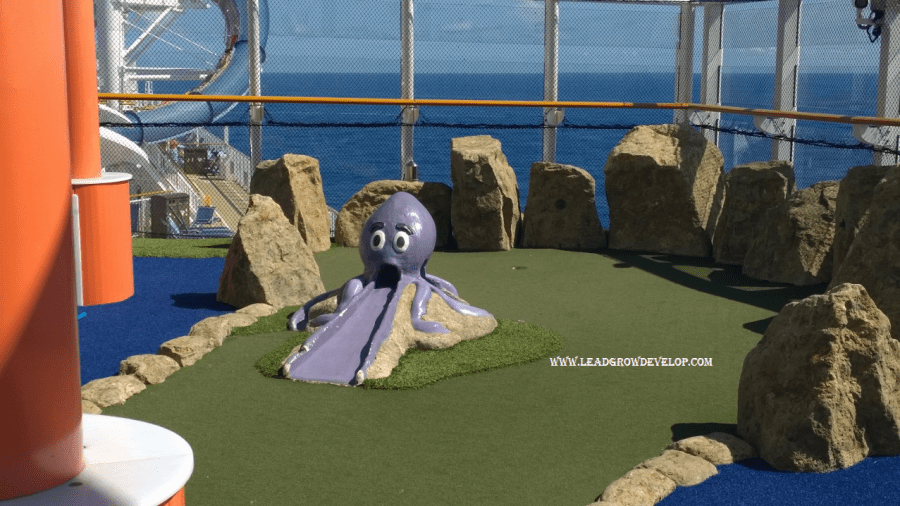 What traits do successful people have that are similar to a mini-putt game?

I recently took a cruise to Bermuda on the Norwegian Breakaway.  One of the activities that my family and I did was play a round of mini-putt. We were behind a large group and as we were waiting for our turn, I was having fun playing a game with my 10-year-old son.

I told him I could guess who would get the highest and lowest score in the entire game just by observing their behaviors during the first three rounds.  I even told him I would only face the group and not see the results of each hole.

My son doubted me and the game was on.  To my son’s surprise, I guessed right.  “How did you know?” my son questioned.

I told him how success in mini-putt is similar to success in any other area.  In order to determine who would get the highest score, I looked out for the following behaviors:

Having a plan from the beginning and visualizing your goal

I watched to see who planned out their move before they even took a turn.  Were they clearly visualizing where they should aim the ball to get the best results?

Successful people know where they want to go.  They have a clear vision of what actions they will take to get them there.  They see their “win” long before they start.

I wanted to see who was focused during their move.  Yes, it is mini-putt and it was a friendly game.  Everyone was out there to have FUN.  But when their turn came, who was the player that was able to focus and zone in on what they needed to do?

Successful people don’t take themselves too seriously but are able to focus during the task at hand.  Despite outside distractions, they never lose sight of their goals.

[bctt tweet=”“Whenever you want to achieve something, keep your eyes open, concentrate and make sure you know exactly what it is you want. No one can hit their target with their eyes closed.” ― Paulo Coelho”]

When things go wrong don’t get discouraged.  You might need to change your strategy but never lose sight of your goal.

On the second hole, there was an octopus in the middle.  It was clear that if you were able to get the ball in its mouth just right, you would get a hole in one.  The player who I guessed would end up with the highest score, aimed straight for that octopus.  Unfortunately, the ball hit the side and bounced off.  He did not get discouraged.  You could tell he was recalculating his next strategy and kept his eye on the hole.  The one I guessed would get the lowest score missed the octopus as well.  However, he became upset walked over to the ball and with one hand, without even thinking, hit the ball with frustration.  It ended up on the next course.

Things will go wrong.  It will not always be easy.  In fact, your most important goals in life will be the ones that usually require the most work.  These are the ones that you tend to make the most mistakes on.  Use these moments to refocus.  Take the time to learn from your mistakes and plan out your next step.  Frustrated?  Remember why you set out on accomplishing this goal in the first place.  Try not to dwell on the temporary loss.  Think about what it will feel like to accomplish your goal.  Practice visualizing the end result clearly in your mind.  This will be the motivation you need to keep going.

Celebrate each win even when it’s not your own

Competition can be an important motivator, but the successful person does not feel like other people’s successes takes away from their own.  They focus on their own results and learn from the successes and mistakes of others. They celebrate their win but also celebrate the win of others.  They know that the better their opponent, the stronger they will have to be to succeed.  Successful people share their tactics because they know that if you help enough people get what they want, you will get what you want.  They also know that chances are, they are where they are because they got help along the way.  Pay it forward.

[bctt tweet=”You want to acquire a certain skill or achieve a certain goal? Learn from those who have already achieved it. This will make your journey shorter. – Elita Torres”]

Let me know what you think of my article below.  Share your thoughts.

One thought on “How Personal Success Is Similar To Mini-Putt”