Home » The Powerful Importance Of Emotional Agility: Emotions Are Neither Good Or Bad 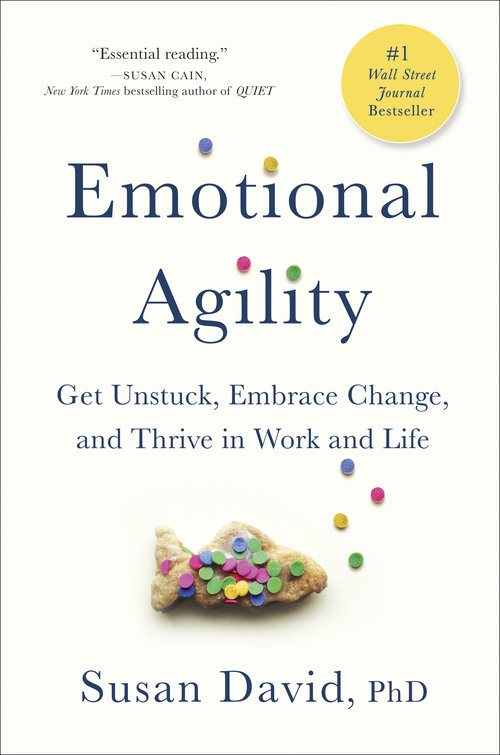 There used to be a time when it was popular to focus on one’s intelligence, attaching I.Q’s to successful people as a reason to explain their success.  Then, Peter Salovey and John D. Mayer coined the term “Emotional Intelligence” in 1990 describing it as “a form of social intelligence that involves the agility to monitor one’s own and other’s feelings and emotions.”  Daniel Goleman took it one step further in this book, “Emotional Intelligence.”  What then is emotional agility?

Emotional intelligence refers to being aware of and in control of one’s own emotions. Emotional agility, meanwhile, refers to approaching one’s inner experiences mindfully and productively.

Are you the person that obsessively broods on your feelings, keeping them stuck in your head and feeling them strongly in your heart?  Or, do you tend to bottle your emotions, pushing them aside and permitting only those emotions that seem acceptable?

In Susan David’s book, “Emotional Agility: Get Unstuck, Embrace Change, and Thrive in Work and Life”, she discusses the importance of emotional agility in today’s world.  In a survey she conducted with over 70,000 people, she found that a third of people either judge themselves for having so-called “bad emotions”, like sadness, anger or even grief.  They also may push aside these feelings, not only doing it to themselves but to the people they love.

Susan explains how being positive has become a new form of moral correctness.

“Stay positive” seems to be the cure for everything.  Negative emotions were seen as wrong.

What Susan emphasizes in her book is the error of having rigid responses.  It’s unsustainable.  Bottled feelings don’t stay bottled for long and rise up stronger and more powerful than when they were first pushed down.  Like a volcano, it tends to erupt doing more emotional or physical damage than expected.

Psychologists call this amplification.  The more you try to ignore it, the greater its hold on you.  You might think you are in control, but you are only temporarily fooling yourself.

I know someone close to me who still to this day talks about events from her childhood with such strong emotion and anger that you would think it happened yesterday.  What she thought was in the past, still haunts her today.

Emotional agility is about acceptance of all our emotions, even the messy and difficult ones.  It is also about the accuracy of identifying your emotions.  Susan suggests that emotions be treated as data.  During her research, she found that words are essential.  We often use quick and easy labels to describe our feelings.  When we label our emotions accurately, we are more able to discern the precise cause of our feelings.  Scientists have identified that when the readiness potential in our brain is activated, it allows us to take concrete steps.  Not just any steps, but the right steps if we are effectively reading our emotional data.

Think of your emotions as GPS coordinates, guiding you to things you care about.  When you feel strong emotions, this is an indication that it is something that is important to you.  When you feel anger or disappointment, it is an indicator of a deeper meaning.  When you are open to the difficult emotions, you are able to generate responses that are values-aligned.

Some of Susan’s suggestions to improve your emotional agility:

It can be extremely difficult not to lose your emotions, especially during a heated discussion.  What has helped me is when I find myself in that situation, I try to make it a point not to respond right away.  I do a lot of self-talk trying to understand my emotion and figure out the best response.  Sometimes, that may mean that I need to walk away until I am ready to respond.  It does not mean you ignore the problem, you are just being intentional about the best course of action.

Remember, there is a difference between responding and reacting.  Emotional agility will help you to respond more often.

If you want more information on emotional agility, you can also listen to her Ted Talk below.

Susan David:  The Gift and Power of Emotional Courage