Home » Want to Be Productive?  Get More Sleep 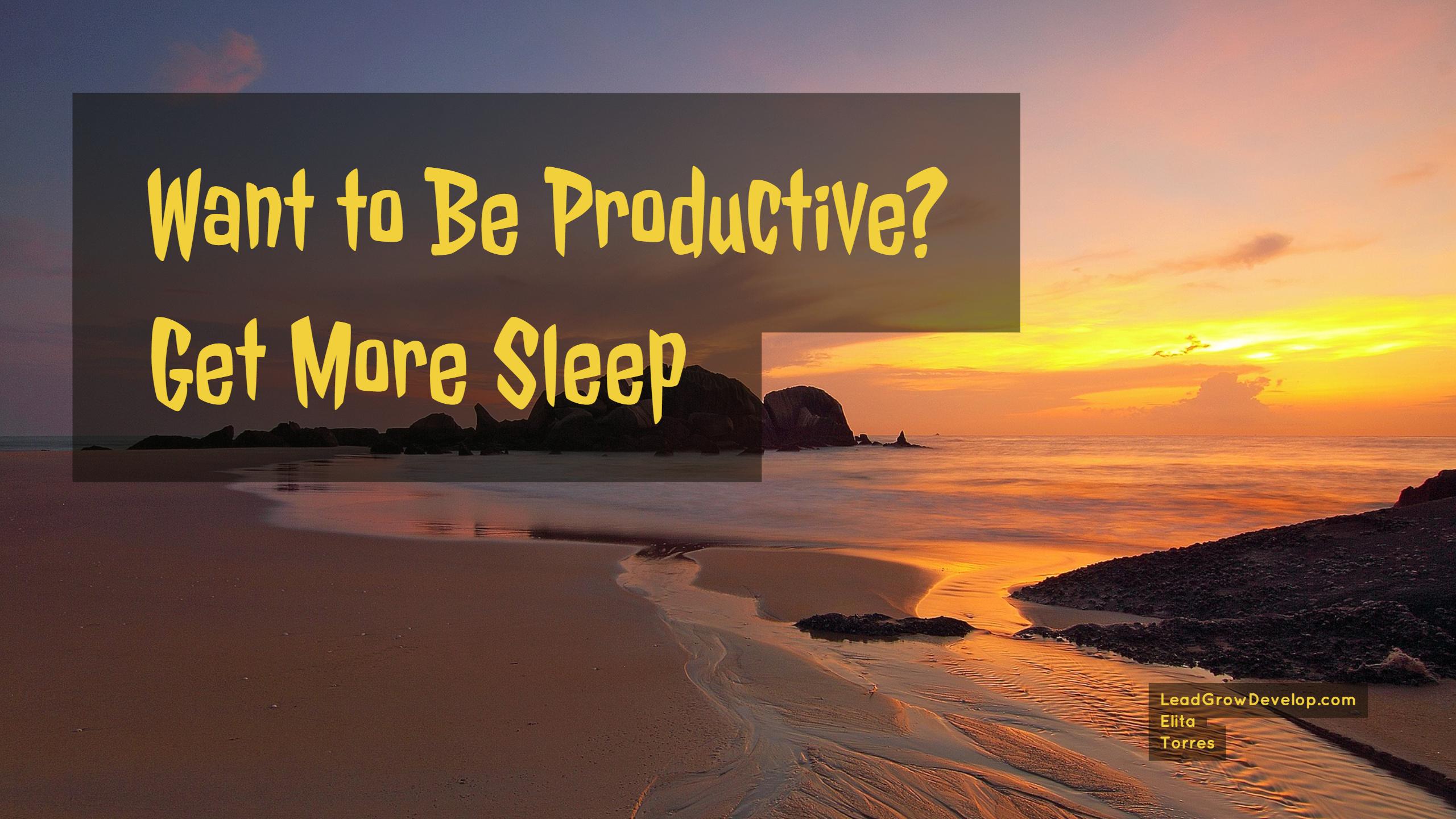 It used to be popular to brag about how much little sleep you got.  As science delved deeper into the importance of sleep, this mindset began to change.  There are still two versions of this theory.  On the one hand, you have the grinders who work hours on end and still remain productive.  Just take Gary Vaynerchuk as an example.  He has encouraged people more than once to work their full-time job during the day and work on their dreams until the wee hours of the morning.  On the other side, you hear and read about the importance of getting enough sleep.

“Sleep is sweet to the laboring man.” – John Bunyan

In the following short Ted Talk, Arianna Huffington shares her thoughts on the power of a good night’s sleep.  She was motivated to start her research on sleep when she fainted from exhaustion.  Her research led her to study and meet with medical doctors and scientists and what she finds inspired her to share it with the world.  Her New York bestseller, “The Sleep Revolution – Transforming your life, one night at a time” discusses the need to redefine success.

She challenges the mindset of bragging about our sleep deficits and urges us to “shut our eyes to see the big picture”.   Our mind and body need to sleep in order to rejuvenate.  Arianna challenges people who want to be more productive to sleep their way to productivity and happiness.

How to Succeed?  Get More Sleep – Arianna Huffington

Here are some interesting facts about the importance of sleep:

I personally need a good night’s sleep to function.  Without it, my productivity levels are at a minimum.  I have also seen how my mind, patience, and focus changes when my body is craving sleep.  Then it doesn’t matter where I am or what I am doing, I need to go to bed.

This might not be you.  Some people can go with less sleep than others.  Know your body, know what works.  Don’t push past your limits for too long.  If you want to keep your productivity high, learn what charges your batteries and make you do it on a regular basis.