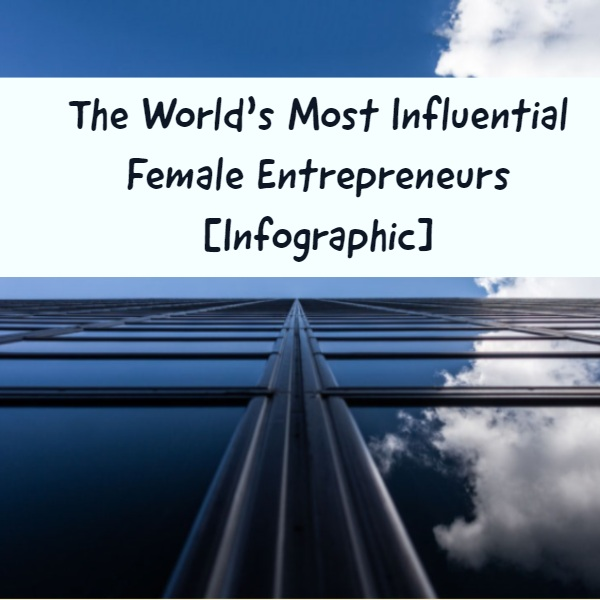 If you were to think of the world’s most successful entrepreneurs, it’s likely that people such as Mark Zuckerberg, Jeff Bezos and Bill Gates would instantly spring to mind. They are all male, of course, but there are plenty of enormously successful and influential women who have made it big in the corporate world, even in sectors which many would regard as male-oriented.

While Apple is undoubtedly the pace-setter in the global smartphone market, HTC is another major player in that sector and that’s because of the expertise and determination of Cher Wang, who founded the company in 1997 and has developed into a world-recognized brand. Indeed, some of the world’s most famous brands have a significant female influence behind them. Zuckerberg is the guy who created Facebook, but chief operating officer Sheryl Sandberg has been the driving figure in monetizing the platform to earn an income beyond its huge valuation. Likewise, Sergei Brin and Larry Page set up Google in Susan Wojcicki’s garage and she was the instigator behind the company’s landmark acquisition of YouTube in 2007.

These are just some of the examples of great businesswomen that are providing such fantastic leadership around the world. They also prove that no matter how unlikely it may be that your business will go global, it is achievable with persistence, dedication and the right personality to make it happen. Here is an infographic from All Finance Tax which highlights a few of the most influential female entrepreneurs in the world, and just in time for International Women’s Day next week!

Colette Cassidy is the director of All Finance Tax (http://allfinancetax.com/revenue-audit/), a tax consultancy organization in Ireland. She worked in senior accountancy roles with multinational companies such as Quantum, Apple and Microsoft before taking the entrepreneurial plunge in 2003 to set up her own business, which continues to operate successfully.