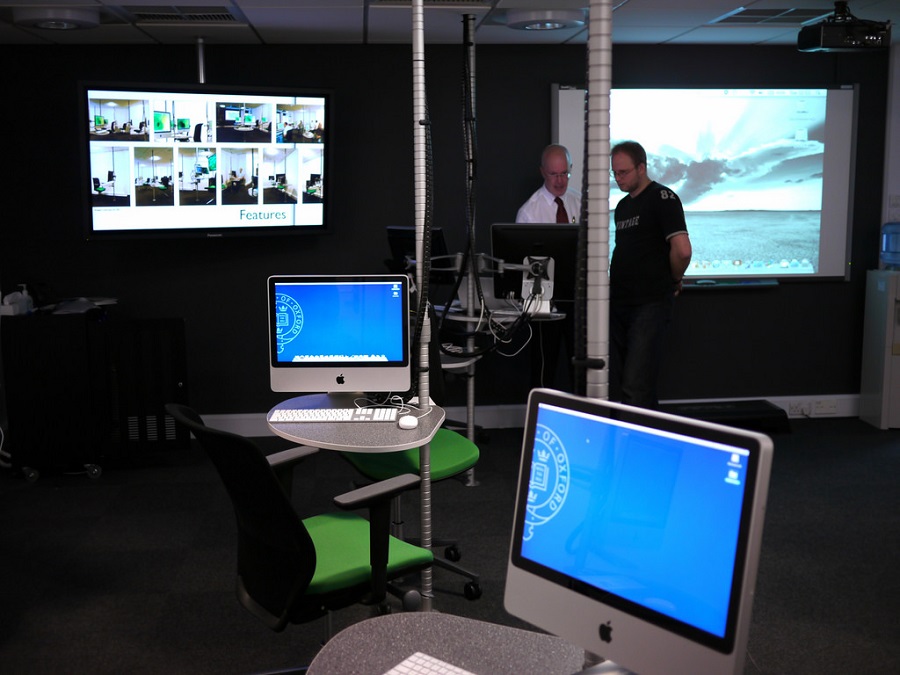 Knowledge is power, and you don’t stumble across it by chance. According to Abigail Adams on Brainy Quote, “Learning is not attained by chance; it must be sought for with ardor and attended to with diligence.” Sadly, too many companies aren’t doing themselves and their employees a favor by providing a culture of learning.

As the industry evolves, education is one of the cornerstones of a successful business’ journey. Modern workers are currently unhappy and shocked by the level and rate of learning provided in the boardroom. CEOs and managers can’t keep up with the demands of the average employee, and that’s a damning indictment. After all, organizations have to be smarter and more agile than ever before, and they need facts and figures to pull this off.

Providing training is a start yet it’s a basic one. If the company is going to benefit in the long-term, it needs to develop a corporate learning atmosphere from top to bottom. However, it’s not easy because it takes time, money and investment from management teams and the office floor. If the task seems too big, here are seven tips which should help you break it down into bite size chunks and remain focused.

Appeal To The Higher-Ups

The only people who can sanction the shift in policy are the ones with power. As the boss, you have lots of it but you’re not in total control. This is a democracy and you’ll need a majority of votes to pass the bill through the House. Playing politics with others on the board as well as your management teams is essential. Only they can give you what you need to provide the necessary training programs.

All appeals need to have an element of emotion at their core, but they also should focus on what they can provide others. Concentrating on how the whole business will benefit from a culture of corporate learning is an excellent way to kill two birds with one stone. Let them know that training services help mold potential into top talent, as well as upskilling those that are already in your employ. Plus, there is a safety aspect as well. Not only should this increase the quality, and therefore the company’s bottom line, but it should cut costs.

Retraining a person to do another job means there’s no reason to hire a recruit and pay them a full wage. Instead, the firm can give the individual a pay rise and added responsibility.

Businesses use adverts to get into the heads of their customers, so why won’t it work on employees? The answer is it will if you produce the perfect content and drill it home on a constant basis. Don’t be over-the-top or obvious about what you want to achieve as workers will dismiss it out of hand if they read between the lines. However, a subtle plan might open them up to the possibilities of enrolling on new training programs. Remember that you can’t make them do it after their shift.

Video is the new king of content, and that is where you should begin. Most businesses have an intranet which connects the whole company, so upload a few vids to the homepage. TV screens a major part of office life too, which is why they’re a useful tool. Never underestimate the effectiveness of a flyer on a message board either. Yes, people still read them and consume the message.

Of course, you’re going to need the help of the marketing team, but it shouldn’t be difficult. Hone in on a middle player and give them the option to head the operation. Because middle managers are desperate for accountability, they tend to seize their opportunities.

Plenty of bosses and managers speak about training disparagingly. “Come on; let’s get this out of the way,” they say to their employees before going into a seminar. Instantly, the individual(s) thinks it’s a waste of time and isn’t worth taking seriously. Even the person in charge doesn’t believe in it, so why will they? They won’t, is the short answer.

All it takes is a new approach to how you address the project. Rather than treating it with skepticism, be positive about the prospect of learning new things. Throw in terms such as “fun,” “learning,” and “growth” to prime the staff to the new culture. Then, they’ll stop seeing it as a way to shirk their responsibilities for thirty minutes and slack off. Speaking of slacking off, try not to use this as a method to get them on board. Once they equate the programs with wasting time, they won’t invest in the philosophy as a whole. Or, they will but it will be from a negative standpoint.

Whether you’re around managers or employees, be sure to speak positively to keep the morale high. Learn more about communication by following the link. 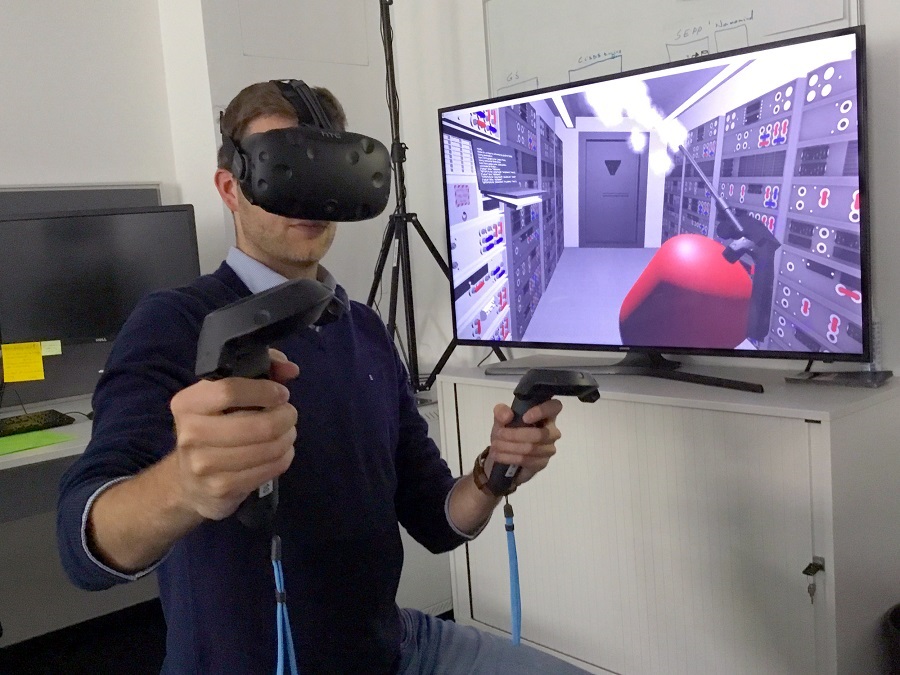 Lots of people go to the gym to stay fit. The majority doesn’t like to, but it’s a necessary evil. Otherwise, society would be unhealthy and everybody would start suffering from health complications. To help you try and focus throughout the sessions, you probably don’t run on a treadmill for one hour three times a week. Instead, you’ll switch from the treadmill to a bike then the weights and maybe a swim.

The different elements keep things interesting and stop you from sitting at home on the couch eating junk food. The same logic applies to training, bar stuffing your face with crap. Employees that go to constant seminars and workshops are going to get bored very quickly, which is why you need to mix up the platforms. Safety Skills offers a certified e-learning platform with a top online library. Learn more here. Alternatively, you can head out to a convention in the City of Sin and take in as many talks as possible.

Ultimately, giving the staff the choice of which method they use will stop them from becoming disenfranchised. Also, it’s important to provide them with autonomy too. Don’t tell them when they have to do it; let them know it’s essential and give them the power to control their daily workload.

Too often, managers tell employees to do something because it’s for their benefit and never follow up. What happens is that the individual never knows if the change was effective or not; they carry on regardless thinking it was a waste of their time. In truth, the small modification helped them become a better worker, and there are stats to prove it, yet no one told the person in question. Without the evidence, the workplace isn’t going to assume the training programs work.

As a rule, offices are skeptical about new measures because they think they don’t work. This is especially true if there aren’t many millennials in the building. Therefore, it’s your job to get them on board by emphasizing the results. You can begin by showing them to your staff. Next, target an area where there was a weakness and promote their improvement. Don’t forget to mention the timeline of development pre-training and post-training. You can even create a short story which details the efforts of the most improved people in the office. Again, this is a job for the marketing team.

While promotion is important, it’s vital that you never drill too hard. When this happens, employees tend to get bored with the rhetoric. Some bosses like to provide the stats and let the individual make up their mind as to the cause of their progress.

Make It A Competition

Obviously, the results make it simple for managers to create a form of inter-company competition. Human beings are competitive people by nature and will want to win even if there isn’t a prize. However, an award does add to the experience so you might want to think about starting a monthly program where the best and most improved are honored.

Never pick on the employees at the bottom of the pile as it will ruin morale. Instead, let their natural desire to be better do the talking.

The competition element doesn’t stop there because there are rivals, too. Applying for awards proves that the business is the best and should encourage workers to maintain the standards. Become a benchmark to ensure the entire office invests in the culture. 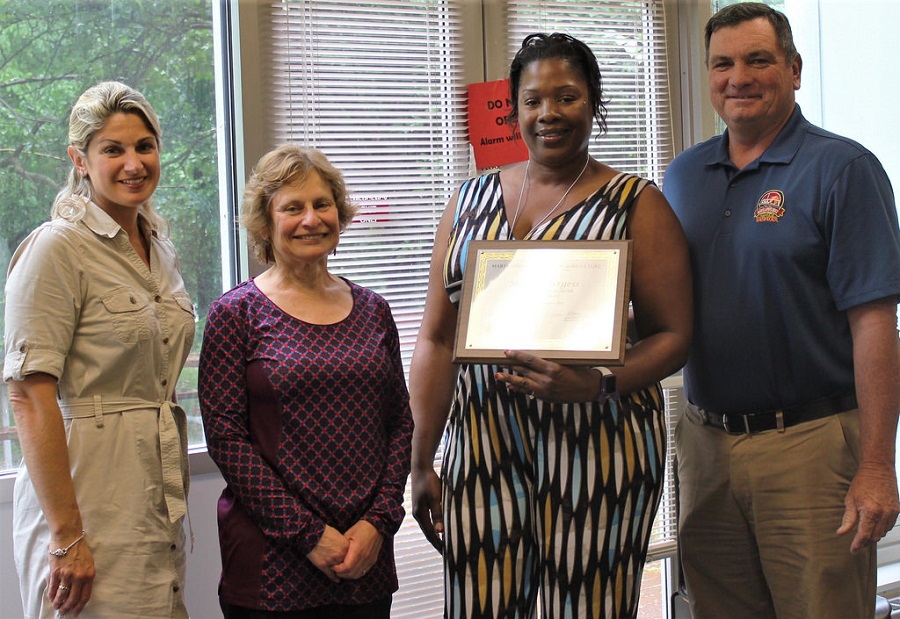 Show Them You Care

Employees might think it’s another ploy, a flash in the pan which will never last. They don’t know you’re deadly serious, which is why you should show them how much you care. It doesn’t have to be a big deal, the small things make a big impact, yet it should carry some weight.

A day off for training for work-based learning is a prime example. Employers only give time off to the injured and sick, and they have to be on death’s door. Letting them have time to improve their skills is a sign that you mean business.

Sometimes, all they need is a symbol of your intent.