Home » How The Personal Productivity Paradox Is Impacting Your Success 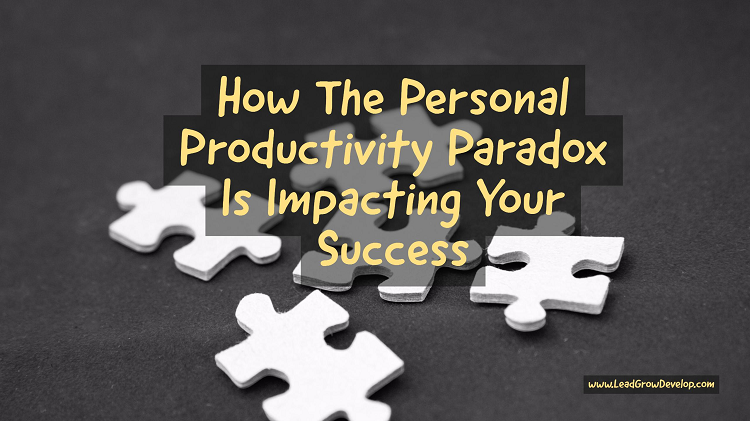 At the time of this writing when you enter the term productivity on Amazon.com, you will be faced with 82,502 results.  The results range from anything from books to tools that show you how to increase productivity.  There are over 36,000 results in books alone.  The desire to improve one’s productivity has been a long time mission for many.  With all the available tools, why are there so many still searching for a solution?  What is this personal productivity paradox?

The term productivity paradox is a term that refers to the slowdown in productivity growth in the United States in the 1970s and 80s despite the rapid development in the field of information technology (IT) over the same period.  The term “productivity paradox” became popularized after being used in the title of a 1993 paper by MIT’s Erik Brynjolfsson, a Professor of Management at the MIT Sloan School of Management, and the Director of the MIT Center for Digital Business.

Robert Gordon of Northwestern University in his book, “The Rise and Fall of American Growth: The U.S. Standard of Living since the Civil War (The Princeton Economic History of the Western World) “ explains this paradox further.  He describes the history of economic growth in the United States from 1870 to the present.

Here are a few summaries of timeline he presented:

1870:  The average American lived a disconnected life without indoor plumbing or a quick means to communicate.  They also lived a life without electricity. 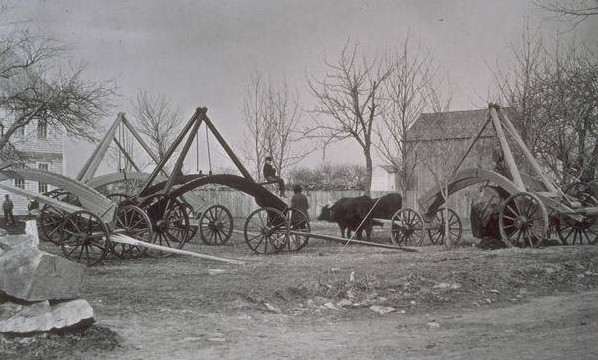 1940:  The average American now had access to water, sewage system, electricity, radio and telephones.  The American of 1940 would not recognize the life of an American in 1870.

The second industrial revolution brought into being by the widespread adoption of electricity and the internal combustion engine.  Imagine someone falling asleep in 1870 and waking up 70 years later to a world where travel was made possible without relying on horses.

The third revolution we are experiencing today involves information technology, computers and communications.  Robert argues that although they have improved our lives, how do they compare to indoor plumbing, electric lights and moving from horse and carriage to automobiles.  Gordon then demonstrates through a careful analysis of the data that the information revolution peaked from 1996-2004 and has since slowed down.  Specifically, Moore’s Law which states computer chip capacity doubles every 18-24 months which held from the late 1960s to the early 2000s broke down in the past decade to a pace of doubling every four to six years.

Now let’s take a look at the personal productivity paradox.

In today’s world, Western Civilization has more access to information than ever before.  My son was working on a presentation in French which is not his mother tongue.  He informed me that he was done and went downstairs.  I was looking at his presentation when I realized that he missed a couple of questions.  When I asked him about it, he answered, “I don’t know what those questions mean”.  An obvious excuse since he just wanted to return to playing his games.  He knew that he just needed to take 5 seconds and look up the definition in Google Translate to find out the meaning of the question.

Personal Productivity Paradox:  Despite the increase in tools and systems available to improve productivity, personal productivity growth is still a struggle for the majority of people.

Does it come down to having the right habits?  Of course, this is a big factor.

What about copying great systems like David Allen’s Getting Things Done Methodology to help support your quest?

I have tried for many years to be more productive.  I have used free and bought programs and applications to support this mission to do more of what counts in less time.

In the end, what was missing was my mindset and how I even approached personal productivity.  Once I figured it out, the pieces all came together.  I even started working on a book that shares this journey of the three pieces that are required to master your time and efficiency.  It does start with mindset, but it doesn’t end there.

If you are interested in learning more, join my list and be the first to get the latest news of my upcoming book.  Let’s demystify this paradox together.