Home » Replacing Resolutions With One Habit 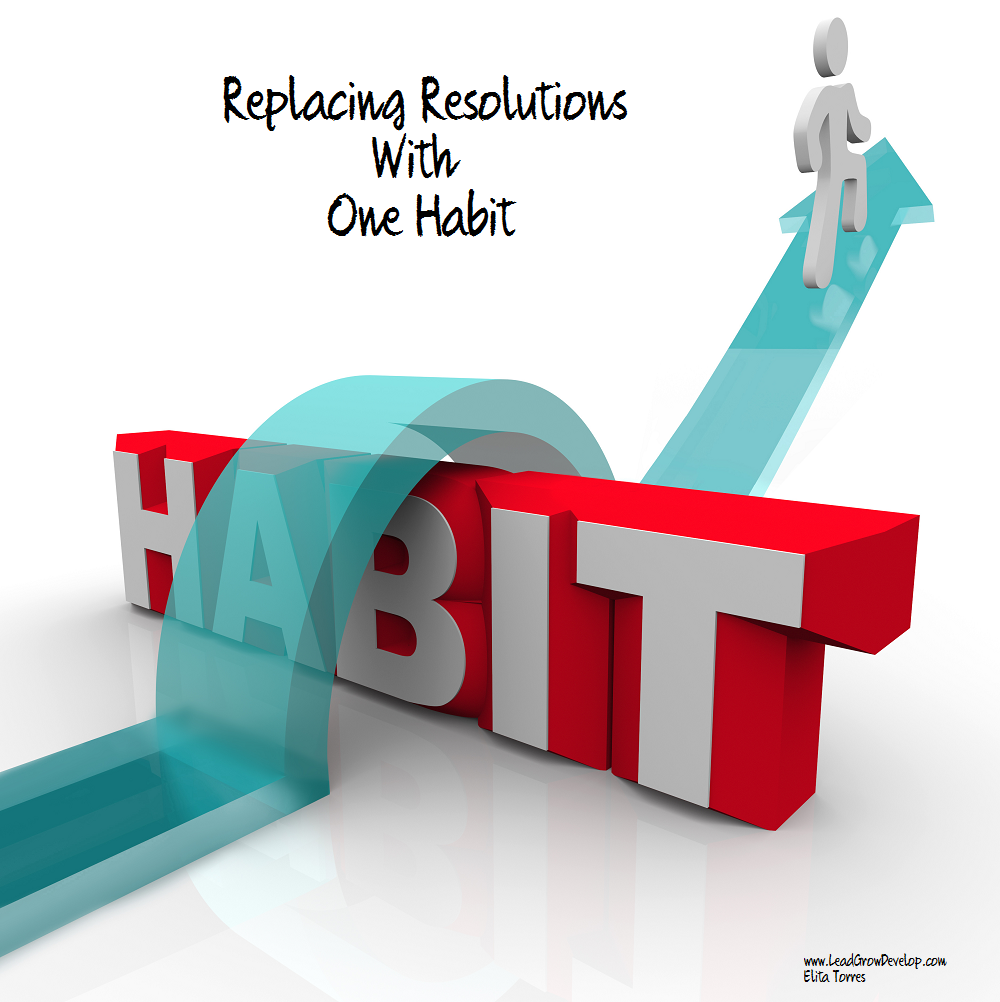 Every year I make some resolutions, most of them without success.  A simple promise early in the year is not enough to build enough momentum to see me through until the end of the year.

Last year, I tried my 3 words.  3 Words that would guide me forward to success in the upcoming year. The idea is that you pick 3 words that would represent your goals.   It was a great concept but I had to keep those words strongly on my conscious.  It wasn’t automatic.

This year, I want to try something new.  Instead of picking a goal or resolution, I want to focus on building one good Habit.  When I think about the factors that have contributed to my success or those that have derailed me, habits definitely played a key role.

[tweetthis]“Successful people are simply those with successful habits.” – Brian Tracy[/tweetthis]
The right habits will lead you quicker on the path to success, whatever that may represent to you.  When you form a habit, you make the change in your behavior unconscious.  Then this behavior no longer requires much energy.

That is exactly what I need.  The most viable way to achieve my goals.

We have a lot of responsibilities and priorities that bid for our time every day.  If you can turn any part of the process into a system or make it automatic, you win.

“Motivation is what gets you started.  Habit is what keeps you going.” – Jim Rohn

Which habit do you want to build this year that will propel you the furthest towards your goal?

Is it having the right morning habit?  Or beginning an exercise routine?  It can even be about making a habit not to look at any electronics within the first hours of waking up.  This way, you can focus on what you need to have a successful day instead of answering other people’s need.

Why only one habit?

Bestselling author Leo Babauta estimates that when people focus on changing a single behavior at a time, the likelihood that they’ll retain their new habit for a year or more is around 80 per cent.  Those who attempt two or more behaviors at once, see their success drop as low as 20 per cent.

“Changing your routine requires a lot of mental strength and commitment.  Like any muscle, it’s easy to exhaust your willpower.   Focusing on multiple habits makes it impossible to maintain this strength.  What usually happens is you’ll give up once it becomes too difficult to change these routines.”

I read “The Miracle Morning” by Hal Elrod.  A quick read that talks about a 6-Step S.A.V.E.R.S method to start your day right. 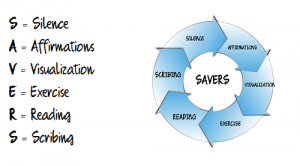 I will use the SAVERS model as a guide but adapt it to what will work for me.

[tweetthis]“The chains of habit are too weak to be felt until they are too strong to be broken.” ― Samuel Johnson[/tweetthis]

Have you set a strategy for this year?  What works for you?