Home » The Number 1 Error in The Mentor Relationship 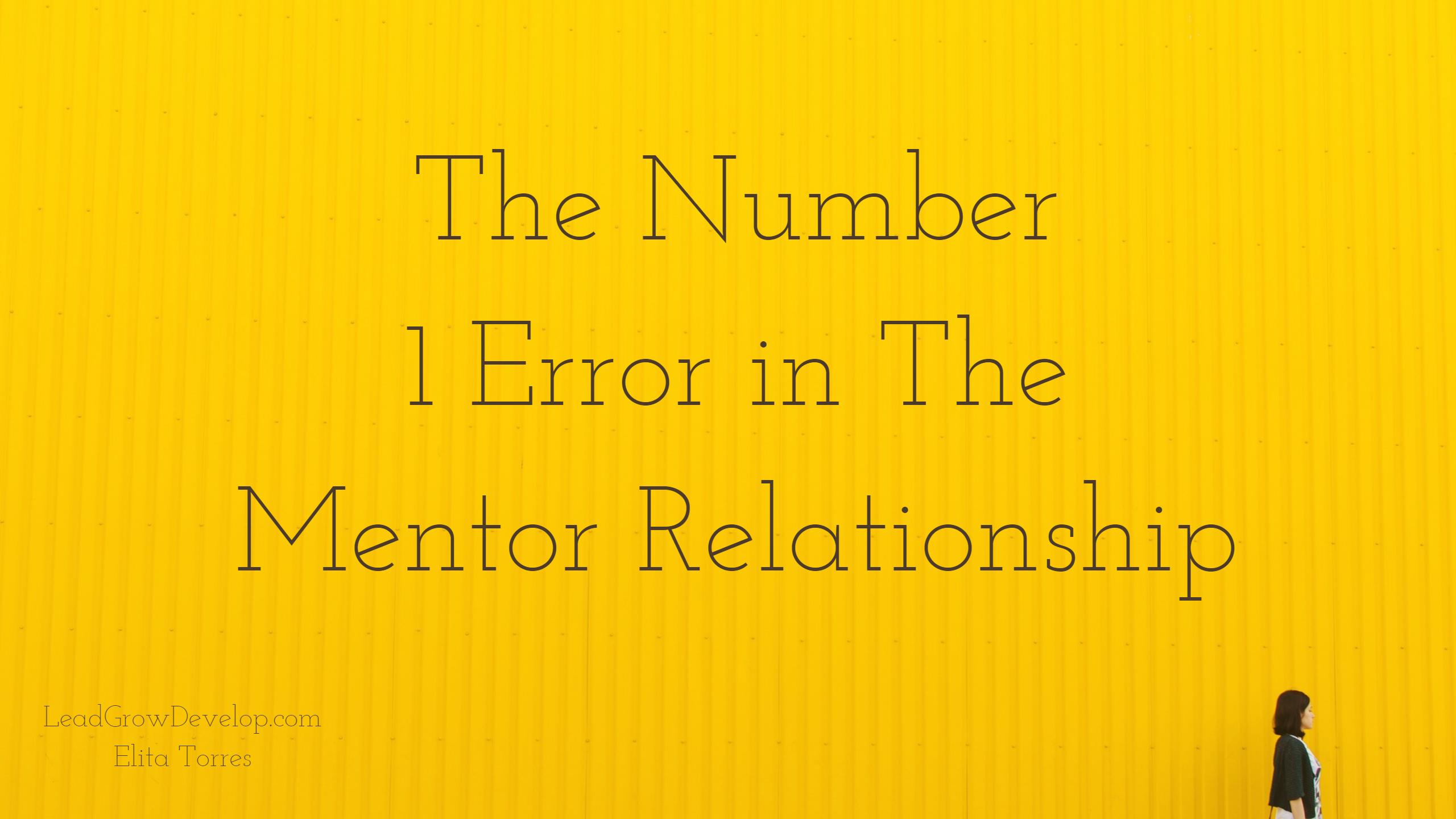 Have you ever worked really hard for something that you really wanted?  You try and try but only find yourself falling just short of achieving your goals.  So, you decide to look for a mentor that can push you that step further.  In school, that mentor might have been a tutor that helped you boost your grades.  Later on in your career, you may have had many mentors or got inspired by only a few.  Mentoring is so important not only for the impact it can have on others, but the impact it can have on the person doing the mentoring.

Whether or not you have an official leadership title, you may have the desire to be a mentor and add value to someone’s life.  You want to help provide them with the tools, resources and motivation they need to succeed.  You may want to inspire someone to unleash their true potential.  After all, what reward can be greater than that.

Leadership is so much more than quotes and bullet lists. I will be discussing it more in the coming weeks pic.twitter.com/oRZR2Xlib8

I remember someone who I tried to mentor. It was someone who was having trouble in his personal and professional career. I set up weekly touch-bases and worked hard at developing a plan to help motivate him into action. His behavior however was inconsistent. He would follow through with his commitments early in the week and then lose motivation. If I didn’t follow up on a consistent basis, he wouldn’t engage in the actions that he committed to. It was taking a lot of energy to push him forward.

At some point, I realized that I wanted it more than him.

You can’t want it more than them. Don’t let your identity be defined by someone else’s successes or failures.

This is a common error in the mentor relationship. You work so hard to help someone achieve their dreams only to realize, you are doing most of the work. At some point, you have to let the person decide if they want it bad enough. You have to let go it that decision is never made.

2 thoughts on “The Number 1 Error in The Mentor Relationship”